Back up to about 6 months ago: I was super stressed out cuz I had to maybe start thinking about possibly eventually studying for my licensing exams, and Brian was all stressed to the max after writing his master’s thesis and defending it and then graduating.

At that time, we were thinking that we needed to plan a frickin vacation.  We knew we were gonna need it.  I think we thought right.

We have never been on a real vacation together before (“real” means longer than 5 days and for the sole reason of chillaxin and not some other event thingy going on), and so we decided let’s go balls-out.  Let’s do this thing right.

We began by doing some preliminary planning of a vacation to New Orleans/Charleston.  Neither of us has been to the south, and so we figured we could protect each other and I’d buy some expensive cover up for my O-shaped tattoo circling my navel as a tribute to Barry (backup plan: if the rain washes away the cover-up I’d just tell them it was for Oprah), and we’d be good.  But then we realized that the places we really wanted to see required a lot of driving in between.  We also realized that it would be hot as Satan’s butthole and humid to boot.  We also realized it was the south.

There’s not enough sweet tea and gravy to lure me down there (that’s what she said) for July (which is specifically when we were available to go).

Back to square one.

And so I thought, where’s somewhere tropical that would be easy and fun and with minimal drug cartel activity?

The answer: Puerto Rico.  No passports, no currency exchange, drug lords are really chill there (I hear they give out free samples!), American cell service, and yeah it’s hot and humid, but we trade that for awesome beaches and bio-luminescent organisms in the water that are gonna make me look radioactively attractive in pictures (think Avatar crossed with Playboy). 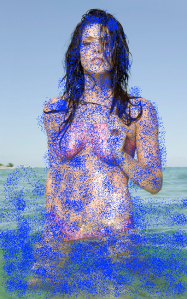 Get ready for my next Christmas card, y’all.

Little did we know, as we were planning, how awesomely cool the timing of this vacation would be.  Sure, I had hoped to be licensed by now, but I am a horrible test-taker and it’s amazing I even made it through the tutorial.  At that time, the promotion I now have at work wasn’t even available yet, and was thus not yet in my sights.  And Brianboy hadn’t yet popped the question…who knows how long he had been master-minding this euphoric wave of events.

So, little did we (me?) know, but this is no longer just a vacation.  Oh no.  It’s a frickin pre-wedding-moon, bitches!  We get to get some sand between our toes and throw a few back before we enter the crazy, estrogen-fueled flurry of lace, satin, and an unnecessary number of cake tastings.

Pre-wedding-moons are gonna be a thing now.  You’ll see.  I better cash in on this shit; since I am about to make my contribution to the elaborate ponzi scheme operation that is wedding planning, then I might as well profit from it at the same time.   First stop, trademark office.  Actually, first stop – 31 Flavors.  Then trademark office.

PR is going to be an adventure for the books!  For several reasons!  First of all, I automatically assume this trip is doomed from the start since we’re leaving on Friday the 13th.  Also, from what I have read, the roads are crap, rendering maps and GPS useless.  Plus, they are filled with wild horses and chickens.  When we inevitably get lost and I bludgeon Brian to death with my umbrella (the only logical consequence), I plan to ride a wild horse off into the tropical sunset with a wild chicken under one arm as a snack for later.  Sounds entirely reasonable.

What’s even more awesome is that my idol, Jenny The Bloggess, *just* went to PR!  It’s like we’re the same person.  I can’t wait to see all the zero-gravity penises!

Hopefully I can choke out one more post before I leave.  We’ll see.  Stay tuned. 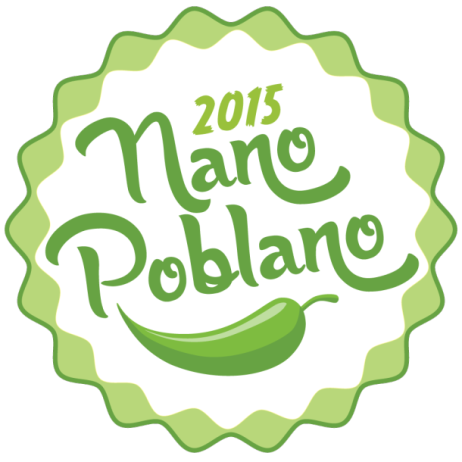